It surprises me how hard it can be to guess what kind of behavior a given CA rule will produce. There are some things that are fairly obvious. For instance, under a rule that doesn’t include births with fewer than 4 live neighbors, no pattern will never expand past its bounding box. (Any empty cell outside the bounding box will have no more than 3 live neighbors, so no births will occur there.)

But beyond a few observations like that, it’s hard to predict. At least for me. 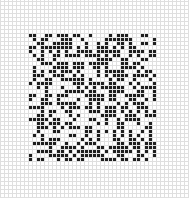 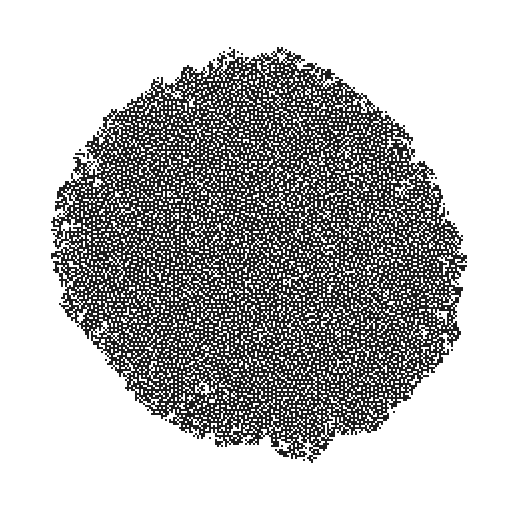 But change the B34/S456 rule to B3/S456 or B4/S456 — removing one number or the other from the birth rule — and either way, the same initial configuration dies.

How about removing one number from the survival rule? B34/S56 collapses to a little period 2 oscillator: 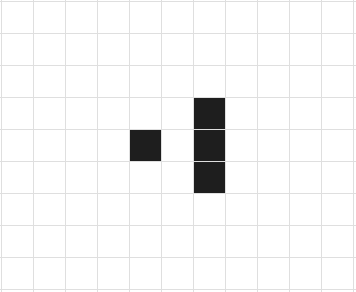 So we’re back to infinitely growing irregular blob behavior. Population 53,457. How about B347/S456? 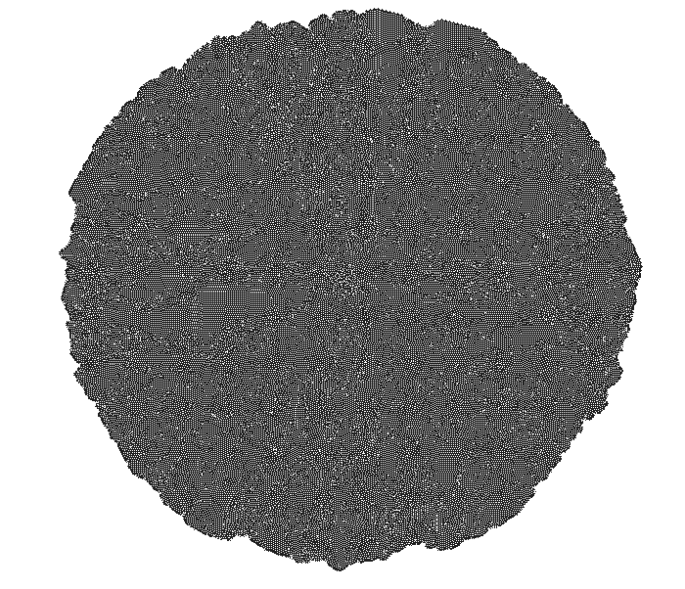 Population 196,655. If you see faint squares on that blob it’s an artifact of the image reduction. Click on the image to see it at full size. It’s interesting: there are chaotic regions interspersed with domains where the live cells are arranged regularly. Most of the interior cells are stable or oscillate with period 2, and the only real evolution occurs at the boundary of the blob. That’s true of the B34/S4568 blob too: 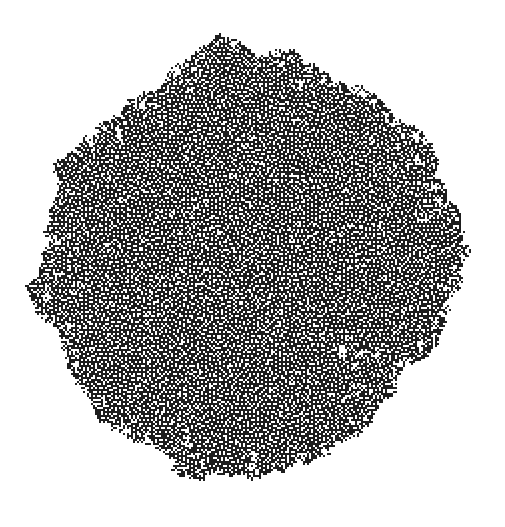 but here the growth rate is much smaller — the population’s only 23,299 — and the interior of the blob’s pretty random with only very small regular domains.

So twelve rules: B34/S456, B4/S456, B3/S456, B34/S56, B34/S46, B34/S45, B345/S456, B346/S456, B347/S456, B348/S456, B34/S4567, B34/S4568. All look similar in that the last eleven differ from the first only by the addition or removal of a single number. Three die, two collapse to a small oscillator, one shows bounded growth, and the other six show unbounded growth, but not only at different rates but with different behavior: unstable interior versus stable or oscillating interior; random patterns versus random mixed with regular. There’s the seeming paradox that adding a digit to the rule can produce something that grows more slowly, or can even stop it from growing.

One thought on “Changing the rules”